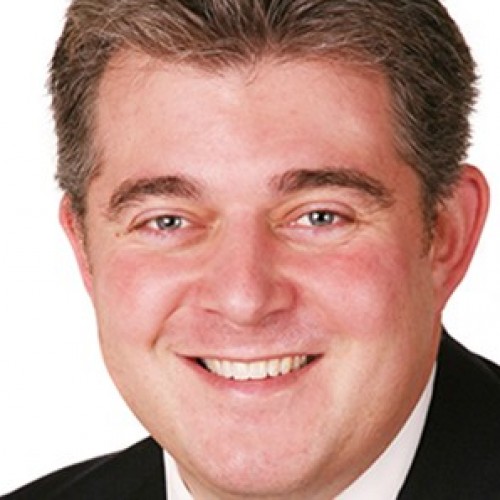 Brandon Lewis the Housing and Planning Minister announced last week that the new measures will make it easier to turn underused office buildings into new homes.

Mr Lewis predicts that the move will provide thousands of new homes, and make the best use of existing buildings, including some that are underused and neglected – while at the same time protecting the green belt.

“We’re determined that, both in Whitehall and in town halls, everything is done to get the homes we need built.

“Today’s measures will mean we can tap into the potential of underused buildings to offer new homes for first-time buyers and families long into the future, breathing new life into neighbourhoods and at the same time protecting our precious green belt.”

First introduced in 2013, this was a temporary measure of permitted development rights that have since have enabled offices to be converted to new homes without having to apply for planning permission. It has meant that between April 2014 and June this year, almost 4,000 conversions were given the go-ahead.

However, these rights were set to expire on 30 May 2016. That would potentially have introducing a raft of unnecessary red tape and bureaucracy that would hamper the conversion of underused office buildings and slow down the delivery of thousands more new homes.

So, Mr Lewis’ announcement that these permitted development rights will now be made permanent will be good news to investors, developers and new home owners alike. In addition those who already have permission will have 3 years in which to complete the change of use. This will end the potential uncertainty for developers, enabling the further development of much needed homes.

To further boost the delivery of new homes, these rights will in future extend to allowing the demolition of office buildings and new building for residential use. In addition, new permitted development rights will enable the change of use of light industrial buildings and launderettes to new homes.

Those authorities and areas of the country that are currently exempt from the office to residential permitted development rights will have until May 2019 to make an Article 4 direction if they wish to continue determining planning applications for the change of use.

There are areas in 17 local authorities in England consisting of individual buildings, roads or zones that are currently exempt from the rights, including:

These exemptions will remain in place until May 2019, providing time for these local authorities to consider making an Article 4 direction to remove the rights and require a planning application for any proposed change of use.

Those who already have prior approval or who secure permission will have 3 years in which to complete the change of use.

The new permitted development rights for the change of use of light industrial buildings and launderettes to residential use will be subject to prior approval by the local planning authority.

The rights to allow for demolition of offices and new-build as residential use will be subject to limitations and prior approval by the local planning authority. Further details will be provided by DCLG in due course.

Some have argued that these changes could have a negative impact on the jobs market, as a reduction in offices could result in less employment opportunities and permanent loss of employment land in the Boroughs concerned. And by reducing office supply there could be an increase in rents on the remaining office blocks.

However, the initiative seems has largely been seen as a positive one to be a positive one, brought about as a result of listening to what house-builders need to get the market moving. But the changes were not universally welcomes and supported by most councils, and it remains to be seen what effect these latest new regulations will have over the next few years.

“Patterns of office use have changed as employers prefer large open plan spaces to individual offices and as more and more people work from home. That has meant that there are many offices that have been vacant for years”.

“This change will make it easy to turn redundant offices into much needed homes. This will replace derelict properties with buildings in good use, contribute to relieving Britain’s housing shortage and give a valuable boost to the building industry.”

The move may be attractive to some commercial property owners faced with increased vacancies, high business rates and insurance for unoccupied property. A housing shortage means they may consider converting their commercial premises to residential units. However, such conversions are not always straight forward and there are many issues to consider before embarking on such a venture.

VAT has also being recoverable on conversions since rules were changed in the 1990s to try to increase the reuse of vacant properties.

This could be a deal maker for some as the difference between 20% VAT and 5% of even zero, even in a buoyant market can represent success or failure. However, VAT is a complex issue and anyone contemplating such a move should seek professional advice.

Although this legislation is designed to make it easier for old commercial properties to be converted into residential properties, it is still up to the local authority to decide whether prior approval needs to be sought across the three critical and potentially tricky areas of transport, environmental contamination and flood risk.

As with any planning application developers are wise to take the potential for needing these consents seriously and, given the 56 day limit for dealing with them, to get in there early to start the process. In essence, the advice is to treat permitted development rights applications with the same degree of due diligence as any standard planning application.

Other issues to be considered are access problems in town centres and within buildings, conversion costs can be more expensive than new build, especially in relation to redesign and meeting building regulations in tight spaces, legal restrictions such as easements and rights of way on existing plots, town centre locations with parking parking and loading restrictions, noise for residents, especially from night time revellers, plus the tax issues as mentioned. All need to be considered very carefully before going ahead which such a scheme.