Vicar unchained from tree after protest against HS2 work at Euston 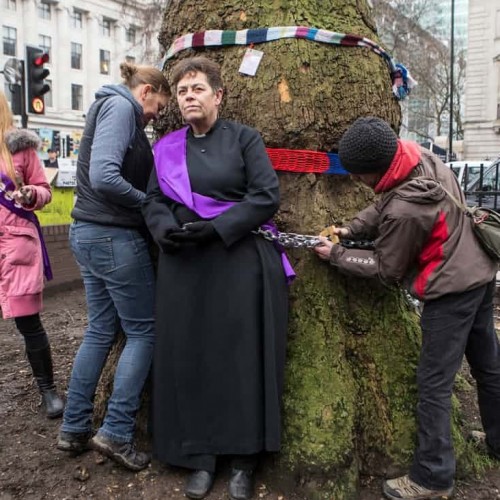 A protesting priest has been voluntarily unchained from one of 200 trees around Euston that HS2 is felling in preparation for the high-speed rail line.

The Rev Anne Stevens, the vicar of neighbouring St Pancras church, was Padlocked and fastened with a heavy duty chain to a doomed century-old London plane tree.

Stevens said it was a “symbolic act” and she did not expect to stay to block construction work. HS2 Ltd said it had no plans to forcibly remove the vicar before Monday, when it takes possession of the land and starts to seal off Euston Square Gardens.

The park in front of Euston station contains dozens of giant London planes, which will be cut down to provide space for construction vehicles and a temporary taxi rank. 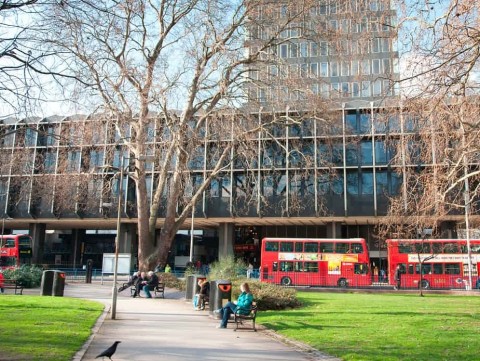