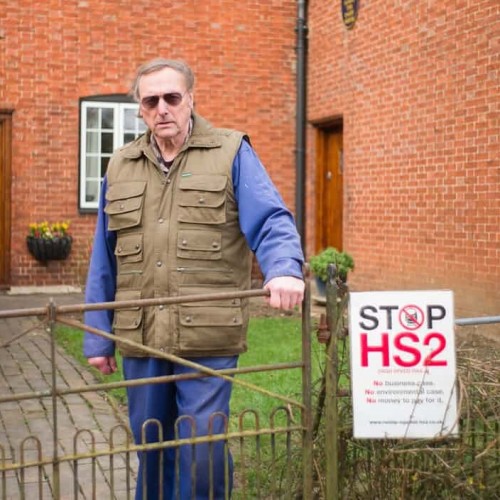 Seventy-year-old Ron Ryall is heartbroken. “I’m happy here and I’ve worked all my life for this,” he says, gesturing to his magnificent home, Dews Farm, and the wonderful gardens that surround it. “But now we’re about to lose it all.”

The contractors behind the High Speed 2 railway, which will link London, Birmingham, the east Midlands, Leeds and Manchester, have informed Ryall that part of the rail link they’re building is going to run right through the centre of his living room. Members of my family have lived round here since 1924 but we’ve got to be out by the summer,” says Ryall. “I have no idea where we’re going to go.” His wife, children and grandchildren are devastated – and so too is his 92-year-old mother. His house on Dews Lane, a private lane in Harefield, near West Ruislip, was built between 1575 and 1600. Queen Elizabeth I visited it for a few weeks in 1602 towards the end of her life, though according to a local history book it rained throughout her stay. More recently the house was the birthplace of Cecil John Kinross in 1896; he was honoured with a Victoria Cross when he was just 19 for his bravery during the first world war.

Ryall runs a garage just yards from his home, a business he set up at the age of 15 the day after he left school. He’s still working there. His son and family live in a cottage in the same lane and his mum, who he says is “bright as a button”, lives in a self-contained annex in what was formerly the servants’ quarters. His grandparents moved into a cottage in the lane in 1924 and his uncle moved into Ryall’s current abode in 1962, when it was council-owned. Ryall bought the house from the council in 2004 at a time when the property was semi-derelict and spent 10 years painstakingly restoring it to its former glory. HS2 have said he needs to be out by July. 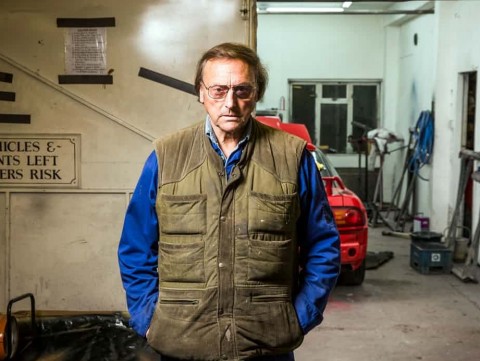