Permitted Development is the cause of poor design says organisations 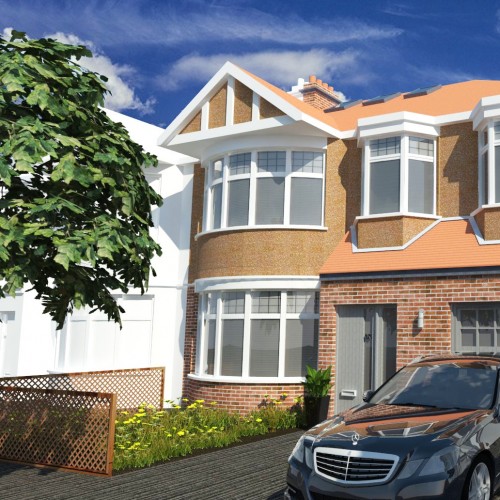 Asking prices for British homes rose by the least in a decade over the past year, property website Rightmove have confirmed, adding to signs of a slowing housing market ahead of Brexit. Prices for newly advertised property were up by just 0.2 percent in February compared with a year earlier, the smallest increase since 2009, although they increased by 0.6 percent on the month, in line with the seasonal average.

With wages rising at an annual rate of more than 3 percent, according to official data, the affordability of houses was improving at its fastest since 2011, Rightmove said. “In theory the scene would be set for an active spring if it were not for the uncertain political backdrop,” Rightmove housing market analyst Miles Shipside said.

Britain is on course to leave the European Union without a transition deal on March 29 unless Prime Minister Theresa May can broker a revised agreement with the bloc that is acceptable to her divided party and Parliament. British house prices have slowed over the past year, mostly in London and the South East, as Brexit worries added to the headwinds from stretched affordability and higher purchase taxes for rental properties and houses costing over £1 million. Official data last week showed annual house price growth slowed to 2.5% in December, the lowest since 2013, while surveyors see the weakest near-term outlook for prices since 2011. Rightmove’s data is based on property advertisements on its database, which it says accounts for 90 percent of residential property on sale in the UK. – Reuters