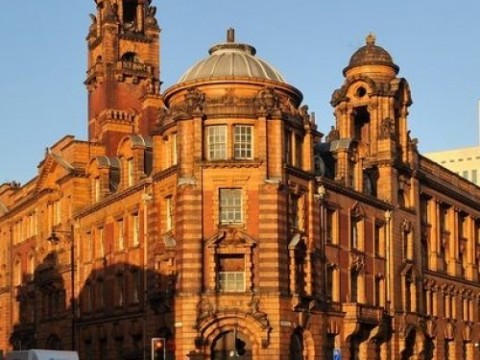 Not so long ago this icon of Edwardian splendor – opposite Piccadilly Station, Manchester – was gradually rotting away, both its grand exterior and sprawling collection of interior rooms left to crumble. But a determined campaign by local heritage fans saw it finally saved two years ago and since then, plans for its future have quickly gathered pace. New owners Allied London had permission granted in July for an ambitious collection of attractions throughout the huge building, including a cinema, boutique hotel, spa, bars, restaurants and flexible living/working spaces. Extensive restoration work is having to be carried out due to the state of the building, while agreements are drawn up with operators.

But after 20 years of decline, this extraordinary network of stunning inter-connecting spaces, many of them with original features, could be open for public use once again within the next 18 months. The old building has been the subject of a complex and often frustrating planning history. Now approved, the plans will see the former fire station transformed to host an array of attractions, including a boutique 91-room hotel, offices, apartments, a cinema, a luxury spa and bars and restaurants. The development could open as early as summer 2019.