Ban on housing benefit for 18- to 21-year-olds scrapped

Fancy a loo with a view 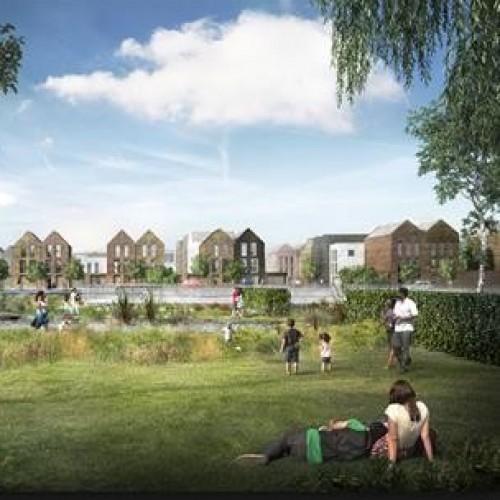 Plans for a 2,900-home development in north London have been thrown into doubt after they were rejected at a planning committee meeting last night, against a recommendation of approval from planners.

Due to the nature of the application site, separate applications had to be considered by both councils.

A recommendation for approval was agreed by Barking and Dagenham Council last month.

Planners at Havering Council had also recommended approval for the scheme.

Their report said that, within the Havering section, the application proposed the erection of 733 homes comprising 137 houses and 596 apartments.

The Havering section was also intended to include a new local centre based around a new railway station, up to 5,272 square metres of other support uses including commercial floorspace and a 1,500 square metre health centre and community facilities.

The overall 2,900-home development is planned to provide 50 per cent affordable housing.

According to the report, the site lies within one of the mayor of London’s housing zones and is in a designated opportunity area in the London Plan.

The site is also identified “as suitable for residential development in Havering’s Local Development Framework site specific policy SSA11 and in the adopted Rainham and Beam Park Planning Framework (RBPPF)”, the report added.

“Therefore, the redevelopment of the site for residential purposes is considered acceptable in principle”, planners said.

But councillors went on to refuse the plans. Planning asked Havering Council for details on its reasons for refusal, but it did not provide details.

A Havering Council spokesman said: “Members voted 6-5 in favour of refusing the proposal for the development in the south of the borough.

“The application will now be referred to the London mayor’s office for further consideration.”

Local press reports suggest that members refused the plans over concerns about the height of the proposed apartment blocks.

In their report, planners said that, “whilst the heights proposed in places exceed those suggested in the RBPPF, it is considered that the development exhibits none of the characteristics of overdevelopment”.

“There is good separation between blocks, no unacceptable overlooking, interlooking or privacy concerns, the development complies with all space standards and requirements and there are no daylighting or sunlight issues”, the report said.

Developers Countryside and L&Q are behind the plans.

Last month, Havering Council voted to create a strategic planning committee to deal with major applications in a bid to reduce its rate of planning refusals overturned at appeal and avoid central government intervention. But changes are not due to be implemented until after the May 2018 local elections.