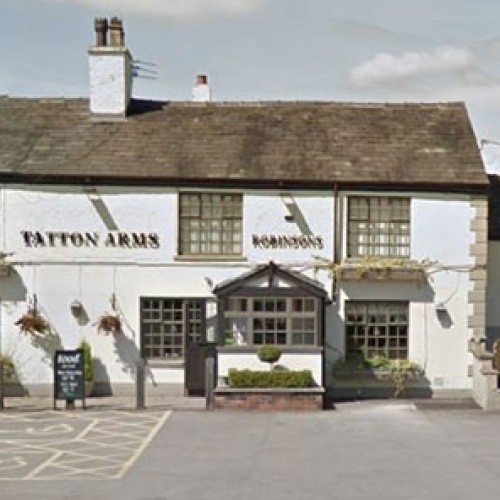 The target profit – and thus the scale – of a residential scheme that would enable the restoration of an historic Manchester pub cannot be justified, an inspector has ruled, notwithstanding guidance in the draft PPG on viability.

The appeal related to The Tatton Arms, a large former pub in Northenden, a village six miles south of Manchester city centre. It sits within the Manchester green belt at its south-west edge, and forms part of the Northenden conservation area (CA).

The appellant purchased the building in 2007, but plans to refurbish it were halted by the 2008 recession, and it has stood vacant since then. Its condition has deteriorated since it became a local target for vandalism and antisocial behaviour.

The appeal scheme incorporated three elements: the conversion of the pub building into nine apartments; the construction of 14 homes in its grounds; and the provision of a cafe in its car park.

In the council’s conservation area appraisal, the pub is described as “a fine example of Edwardian pub architecture on a grand scale”. At the inquiry, Inspector Housden noted that it is “clearly held in great affection by the local community”. She disagreed with the appellant’s argument that the building’s context is “utilitarian and unremarkable”, noting its spacious riverside setting.

Although the proposal would preserve much of the pub building’s original character, Housden considered, the houses in its grounds would have a “significant visual impact” which amounted to “less than substantial harm” to the CA. Housden found a similar level of harm to the green belt, with the proposed housing causing a “moderate reduction” in openness.

At the inquiry, the appellant argued that the benefits of refurbishing the pub and securing its optimum viable use outweighed potential harm to the green belt and CA. The parties disagreed on the level of profit the developer could reasonably expect from the scheme, and therefore the scale of development that would be appropriate.

The appellant cited the government’s draft planning guidance on viability which, the inspector noted, states that “20 per cent of gross development value is a suitable starting point for assessing viability”. The council referred to guidance published by Historic England (HE) in 2012, which states that “as a very rough guide, in today’s market, a residential developer will look for an overall return on costs of between 15 and 20 per cent”.

Housden sided with the council, noting that the government’s viability guidance has not yet been finalised and remains subject to consultation. Noting that the site’s “attractive location in a strong market area” made the scheme a “less risky proposition”, she found that the developer’s profit requirement, and therefore the scale of the proposals, was not justified.

In her conclusion, Housden ruled that a smaller scale development would cause less harm to the green belt and CA, while still delivering a profit within the range set out in HE’s guidance. Therefore, the appeal scheme’s scale could not be considered the minimum necessary to “bridge the conservation deficit” and secure the pub’s optimum viable use. Finding no other “very special circumstances” to justify the scheme, she dismissed the appeal.