Beauty should be a planning consideration suggests a new poll 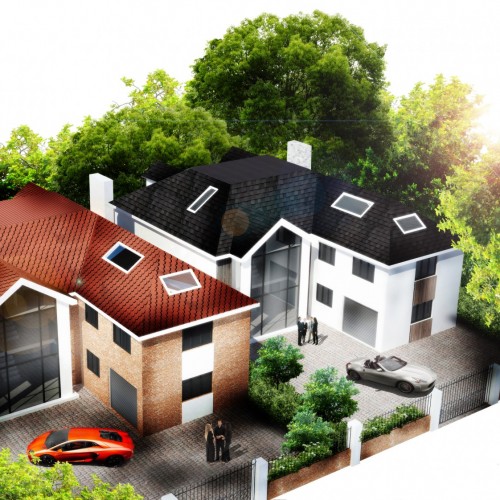 Most respondents to a recent survey believe that the visual appeal of new developments matters – but 65 per cent do not think it is sufficiently taken into account through the planning system.

These are the interim findings of a Civic Voice survey of its members. The findings will inform the organisation’s efforts to improve design quality of new homes and encourage sincere participation with communities on this issue.
It will also, alongside workshops and round tables held in the past month, inform Civic Voice’s response to the Building Better, Building Beautiful Commission.

Speaking at the APPG for Civic Societies on ‘Building Better, Building Beautiful’ yesterday (7 May), Sarah James, membership and policy officer at the Civic Voice, said: “We are having an honest conversation with people.”
It is important that beauty is important to communities, she said, but beauty is subjective. However, she added, “we believe if we can get it right we can build the conservation areas of the future”.

“The challenge remains as to how we can move the conversation about building homes away from confrontation into one of collaboration. In doing so, can we rebuild public trust and confidence in the planning system?”

The design, scale and context need to be given “serious” consideration in the decision-making process, with 72 per cent of members saying new developments don’t need to be the same as neighbouring buildings.

67 per cent considered that modern buildings can be beautiful.
68 per cent thought if the aesthetic appeal or beauty of a development was given more focus it would receive more community support.
42 per cent want training to understand the benefits of using design codes and style guides.
It is important that civic members are equipped with up-to-date and appropriate skills, said James. Civic Voice will consider how it can help to raise the standard of the civic movement’s involvement in planning.

“This will help to increase accountability and transparency within the civic movement but also ensure more gravitas in our consultation responses. We have to raise our standard and build confidence if we want to be taken seriously as a movement,” she said.

Also at the APPG event, housing minister Kit Malthouse urged local communities to use the neighbourhood plan to take control of planning in their area. People are looking for a sense of harmony, he suggested, something communities could see as an ornament, something to be proud of. In a nod to James, he questioned whether we are building the conservation areas of the future.